„With “Blindage” Anita Brunnauer reconnoiters the boundaries between humankind and nature, the animalistic and the civilized, as well as the disclosure and concealment of personal information. Visually, she employs the metaphor of the mask behind which city dwellers hide during their daily dealings in the social media domain. In this connection in Linz, Brunnauer screened an organic-surreal video work and thereby equated the Ars Electronica Center’s façade with a mask by displaying, among other imagery, shots made through a microscope that, due to the low resolution of the façade’s pixels, appeared totally abstracted and thus masked.“

„Excavations beneath the surface of metropolitan life were also undertaken by Ursula Feuersinger. In her project entitled “Deep City,” she visualizes the cityscapes of Linz, Vienna, Berlin and New York as a sort of geological cross-section composed of individual—otherwise invisible—strata of information. Her data layers consist of digital information about socially and ecologically relevant aspects of the urban lifestyle such as the percentage of streets that provide bike paths, patterns of energy and water usage, and participation in recycling. In addition to her visualizations, Feuersinger set up an interactive terminal featuring haptic user interface elements—interested visitors can turn a crank to browse through the various layers of data, and spin a cube to switch from one part of town to another.“ 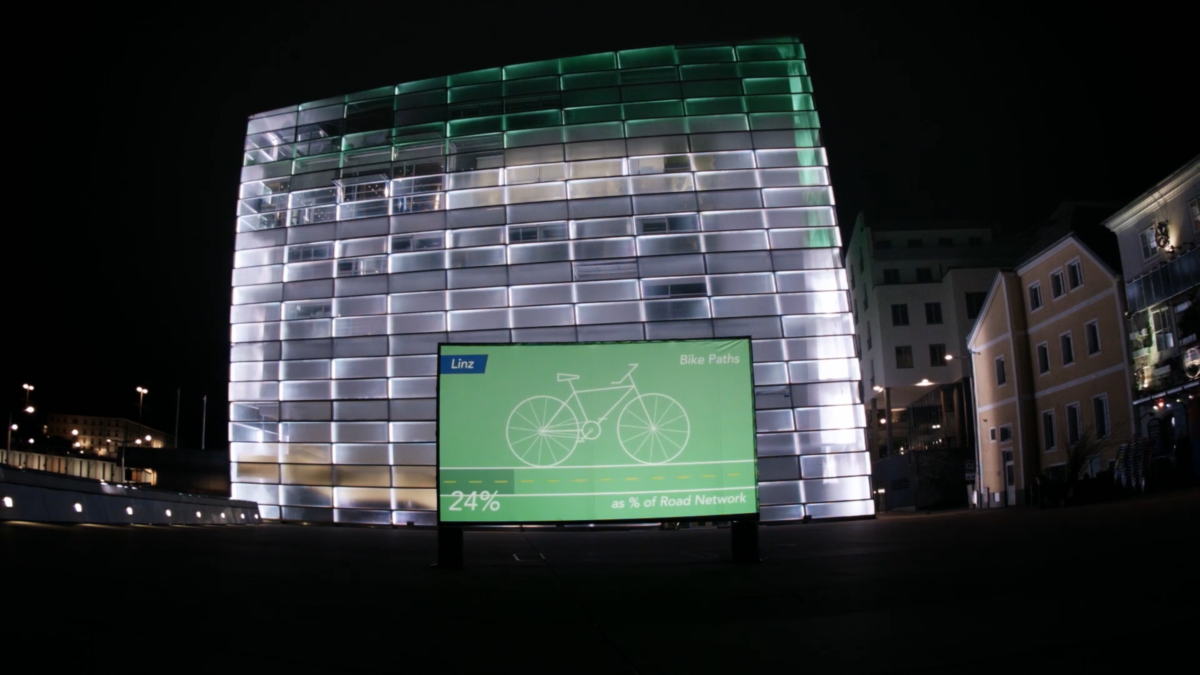 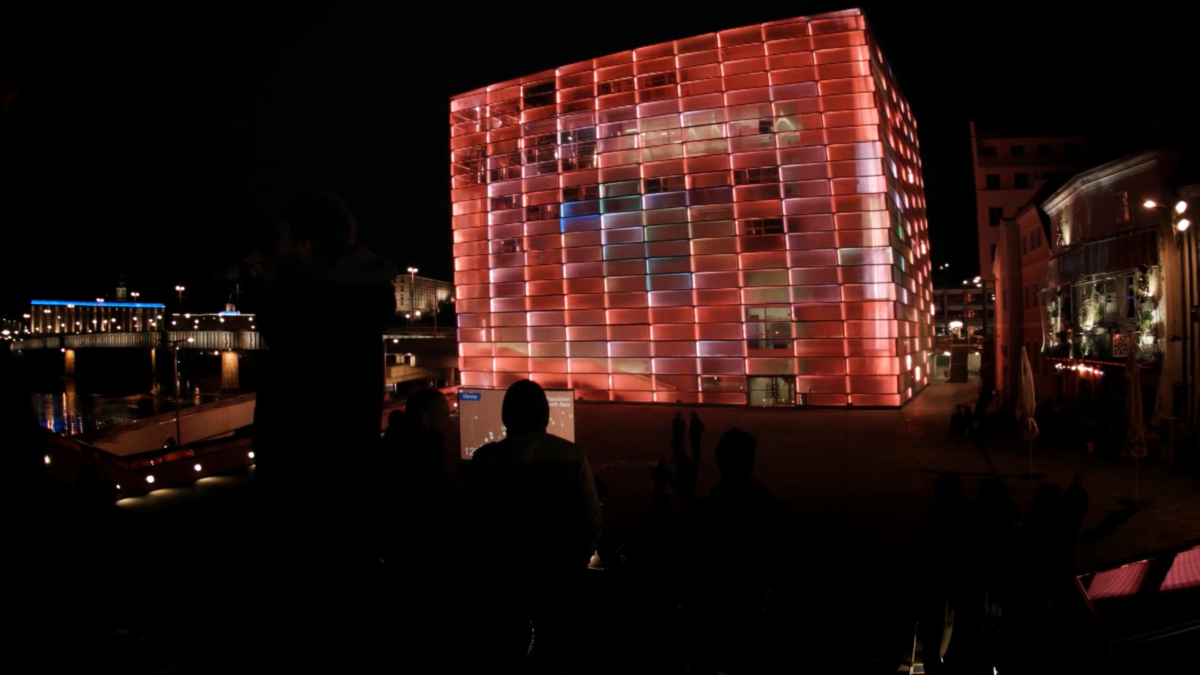 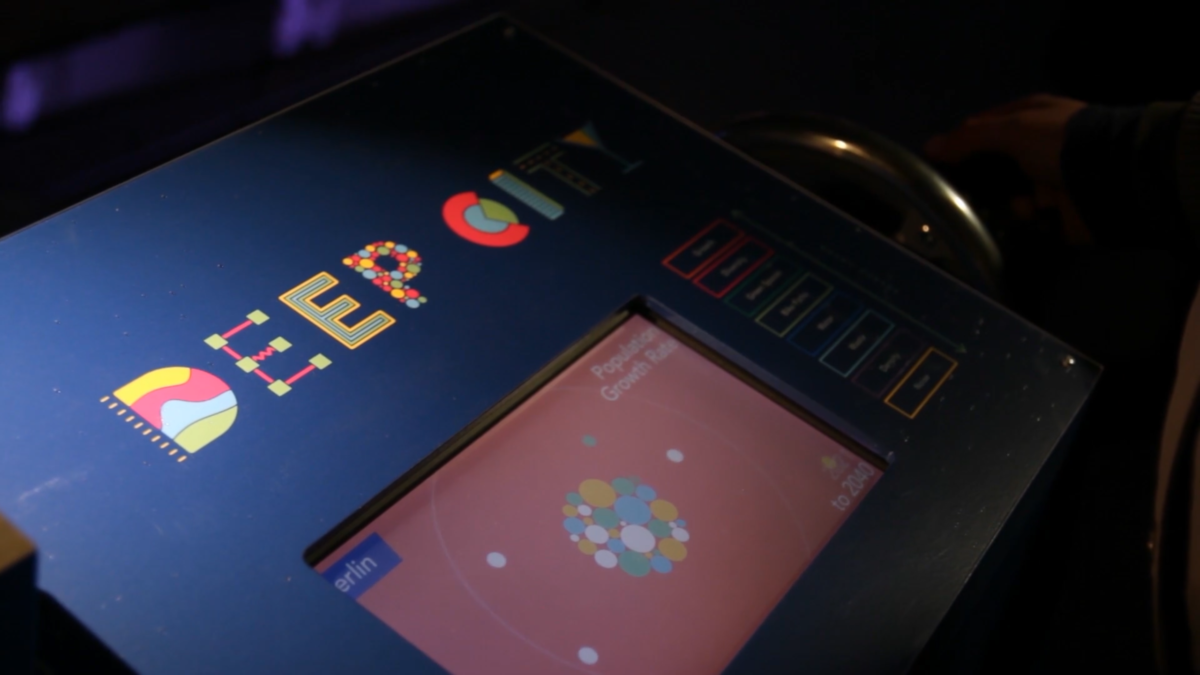 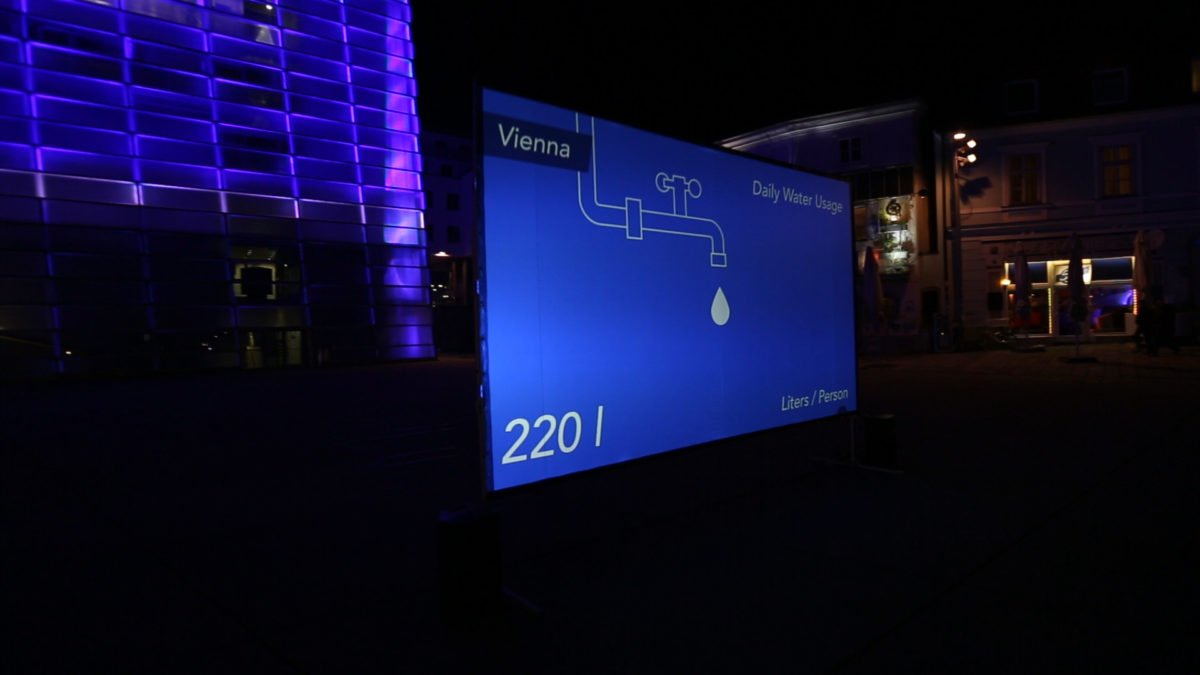 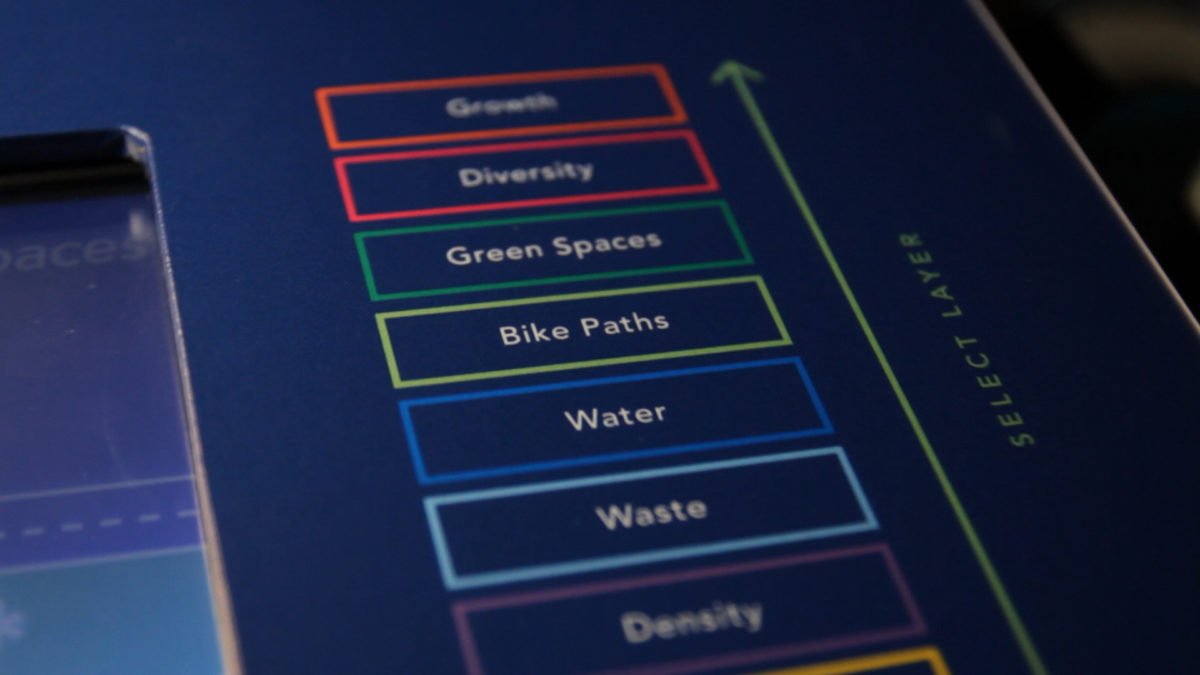 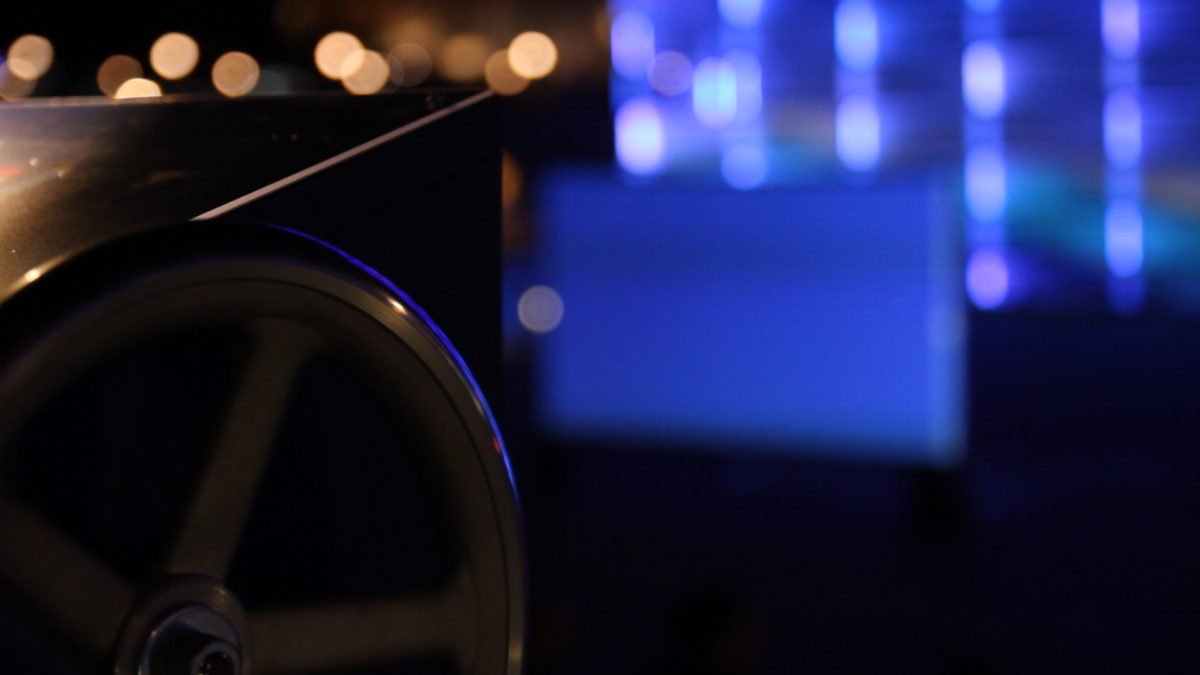 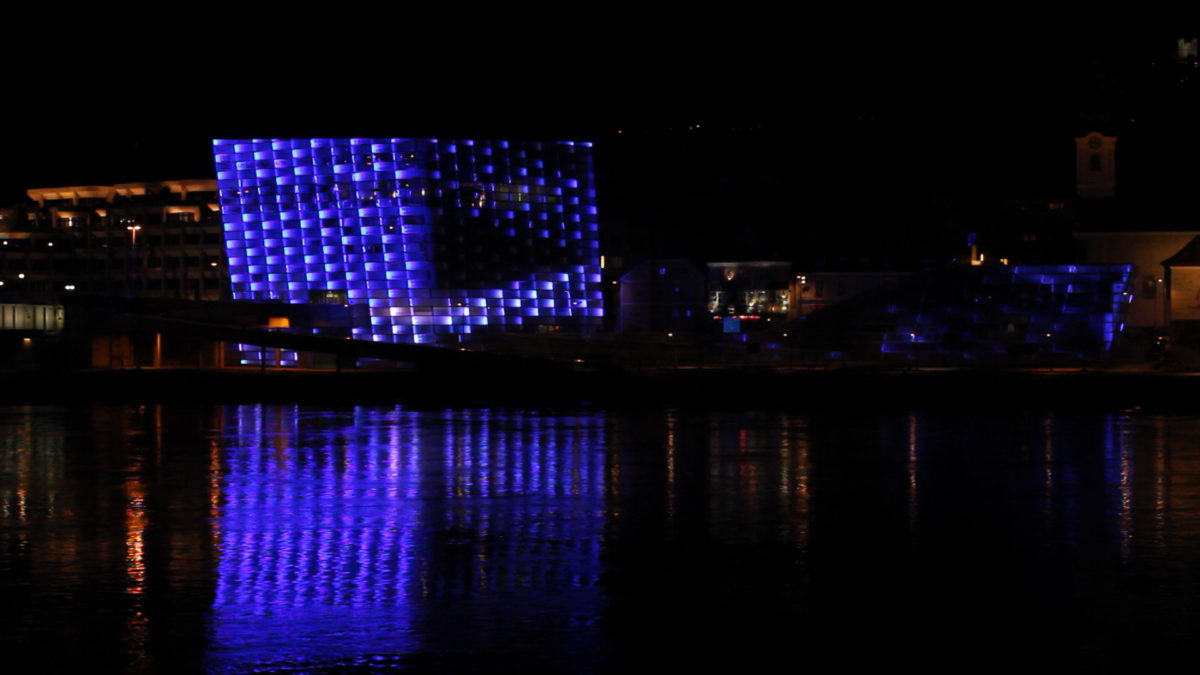